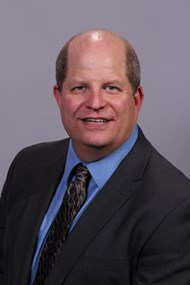 A native of Fergus Falls, Minnesota, Tollerson earned his bachelor of science degree in electrical engineering in 1996 and his master’s degree in business administration in 2004 from North Dakota State University, Fargo. He is a Registered Professional Engineer in Minnesota. In addition, Tollerson has held leadership positions with several community organizations.