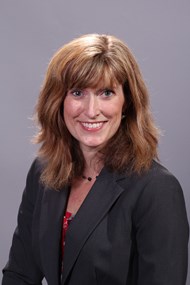 Smestad earned her bachelor of science degree from the United States Military Academy at West Point, New York, and her juris doctor degree from the University of Texas School of Law in Austin. She served as a U.S. Army Officer in the Medical Service Corps and Judge Advocate General Corps, attaining the rank of Major.