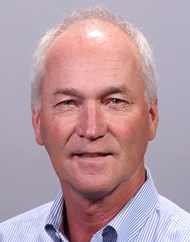 Kevin Kouba joined Otter Tail Power Company in 1984 as a Cashier in Garrison. He advanced in 1986 to Division Accountant in Milbank and later to Office Manager in Hallock, followed by Bemidji. In 1994 Kouba was named Area Manager and is responsible for overseeing field operations in the Milbank, Wahpeton, and Morris Customer Service Centers.

Kouba works closely with state and local officials on issues important to both our company and our customers, including economic development and political/legislative and customer/community relations.

He graduated with a bachelor of science degree in accounting from Minot State College.

Minnesota
For My Home
For My Business
Search