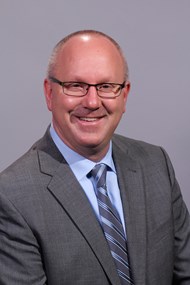 A native of Pelican Rapids, Minnesota, Rogelstad earned his bachelor of science degree in electrical and electronics engineering in 1989 from North Dakota State University. He also is a graduate of the University of Idaho’s Utility Executive Course. He's a Registered Professional Engineer in North Dakota and South Dakota.