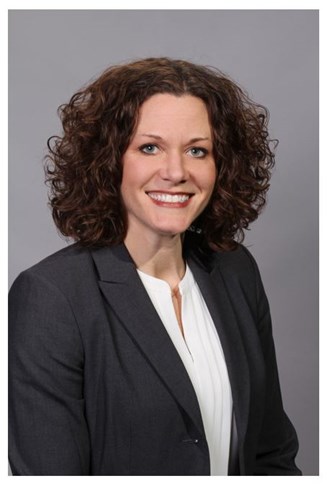 Hoff started working with Otter Tail Power Company in 2000 as a freelance writer. She officially joined the company in 2006 as communication specialist. For the past 11 years, Hoff has served primarily in the public relations area and as manager since 2013. “Stephanie has a deep knowledge of our company and excellent rapport with many of our stakeholders,” said Otter Tail Power Company president Tim Rogelstad. “She’s a proven leader, who has built a capable and versatile communication group. I look forward to also working with her on the corporate and utility executive teams.”

Chuck MacFarlane, Otter Tail Corporation CEO, agrees. “Her experience with branding, her understanding of our businesses, and her communication background make her well suited to the additional corporate assignment,” MacFarlane said.

Hoff will be accountable for internal and external communication, including media relations, for both the utility and its parent. She succeeds Cris Oehler, who will retire from a similar role in mid-April.

Hoff earned her Bachelor of Arts degree from the University of Minnesota, Morris, in communications with an emphasis in media. She also is a graduate of the Institute for Organization Management sponsored by the U.S. Chamber of Commerce and served as executive director for the Fergus Falls Chamber of Commerce prior to her employment with Otter Tail Power Company.

Outside of work, Hoff serves on the Regional Development Advisory Council for Minnesota Public Radio, is active in her church, and is a mentor for BioGirls, a program for girls grades 2 through 6 that builds self-confidence and life skills through positive mentoring, physical fitness, and Christian-based curriculum. She is a native of Fergus Falls, where she lives with her husband and daughter.